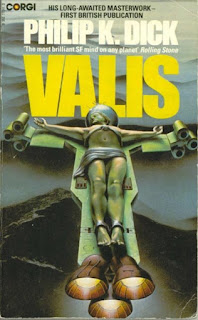 The third most frightening thing about Philip K Dick’s Valis is that it is largely autobiographical. I realised this halfway through reading the novel when I came across a video recording of a lecture Dick gave to an incredulous audience at a sci-fi festival in Metz in 1977. Expounding on concepts such as orthogonal time, computer-programmed realities, parallel universes, and seemingly parallel selves, Dick clearly shared the fundamental doubt of his alter ego(s) in Valis – namely, what if the world itself is not the real world at all?

The second most frightening thing about the novel, for me at least, is that I have struggled with similar doubts myself. I have suffered from chronic mental illness since childhood and for a long time, one of my worst fears was that reality was not as it seemed, that malign forces were somehow manipulating the very fabric of existence from behind the scenes. It was unnerving to find parallels between my own experiences and Dick’s, especially his eerie suspicion that the mechanism of his bathroom light switch had somehow been changed and whether this suspicion was merely a cognitive distortion or in fact a sign of the artificiality of the phenomenological world.

Valis is a difficult read. It doesn’t contain much in the way of plot, and it ends without any clear resolution. There are fictional elements, but for the most part, the novel is a vehicle for Dick’s attempted explanations and extrapolations of his quasi-religious experiences in the early-to-mid 1970s. The novel is rich in philosophical and theological discourse. It demonstrates the awesome range of Dick’s erudition, blending classical Greek philosophy, Gnostic Christianity, Buddhism, and modern physics. The key theme of Valis is doubt. Dick never seems sure whether or not he is sane, and that is the most frightening thing of all.

Posted by Alfie Gallagher at 21:57 No comments: 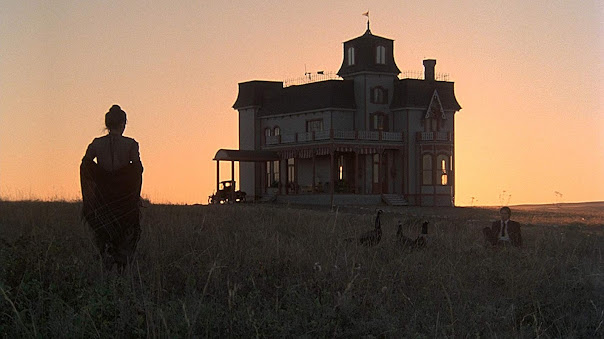 Terrence Malick’s Day of Heaven is a painterly web of ironies. The title itself contrasts with the arduous and uncertain lives of the migrant workers that the film portrays. Its sounds and images are extraordinarily delicate and lyrical, yet at the same time, they depict a world of poverty, inequity, violence and deceit. The wheat fields on which the drama plays out might seem like a paradise, but the characters find themselves very far from heaven.

Read more »
Posted by Alfie Gallagher at 12:25 No comments:

I stumbled across Friedrich Nietzsche’s On the Genealogy of Morals this summer, which I suppose is the bibliophilic equivalent of a boorish backpacker saying he stumbled across Ayers Rock on his holidays. It is nonetheless true though. I had read Rob Doyle’s audacious debut novel Here are the Young Men a few months ago; later, I began to dip into his Autobibliography, Doyle’s inimitable guide to the fifty books which shaped him. It was there I stumbled across Nietzsche’s Genealogy, or to be more accurate, I was left stumbling by Doyle’s gleeful description of a philosophical treatise that was also “among the greatest horror novels ever written.” Though I was both a philosophy and Nietzsche novice, I was hooked. I knew what I’d be reading next.

Read more »
Posted by Alfie Gallagher at 15:51 No comments:

The Boston Tapes Revisited: An Interview with Anthony McIntyre

Following the acquittal of Ivor Bell, I conducted this extensive interview with Anthony McIntyre exploring the trial, the judgment and the ongoing legal battle to prevent further PSNI access to the Boston College Belfast Project 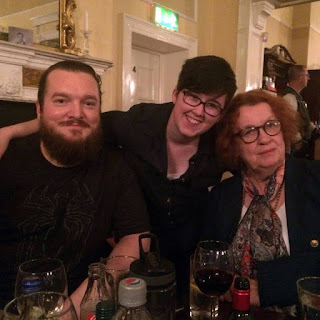 I became friends with Lyra McKee through our mutual close friendships with Anthony McIntyre and Ruth Dudley Edwards. That alone will tell you a lot about Lyra: she was a woman of extraordinary empathy and a relentless desire to understand and to befriend. It was what made her a great journalist, one of the outstanding of her generation. Somehow she still managed to be deeply humble, heart-warmingly funny and a tremendously good friend.

Despite our many years of online contact and cheerful banter, one of my greatest regrets is that Lyra and I only met once in person, a moment captured in the treasured photograph above. Foolishly, I presumed we had all the time in the world, and so life inevitably got in the way. A silly boy’s bullet proved me wrong.

I can think of no better legacy than the advice of our mutual friend Carrie McIntyre: "Be Like Lyra!" Rather than indulge in the self-soothing comfort of woke self-righteousness or right-wing arrogance, try to be generous with whomever you disagree. Try to understand “others” and “opponents” rather than to caricature them, especially when you dislike or indeed hate what they stand for.

That is one of the many things that Lyra McKee taught me. Along with her profoundly insightful journalism, that is what she should be remembered for.

Posted by Alfie Gallagher at 21:10 No comments:

When the Biter is Bit: Further Reflections on the Downfall of Kevin Myers

By many accounts from across the political spectrum — including that of my great friend Anthony McIntyre —Kevin Myers is decent and friendly in real life. I am willing to accept that this is true.

The problem with Kevin Myers as a journalist, though, is not that he has, by his own admission, "a weakness for facile terminology." Rather, the problem is that his style of argument is making casual inferences from isolated observations and intuitions to utterly glib, unfounded conclusions, many of which are indistinguishable from sneering fascist bigotry. Myers’s recent column was not an aberration. Pseudo-intellectual shock-mongering has been his modus operandi for decades.

Read more »
Posted by Alfie Gallagher at 17:33 No comments: 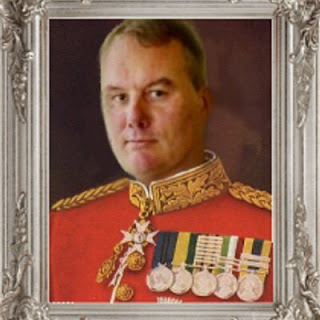 Yesterday's retractions of articles written by Kevin Myers for the Sunday Times and the Irish Independent (8 years after publication in the latter case!) reek of hypocrisy, cynicism, and cowardice.

Myers's piece in the Sunday Times was his typically noxious plat du jour -- a smug, facile, bigoted Colonel Blimp rant. This, in itself, was nothing new, for it has been his stock in trade for decades now. Of course, Myers normally prefers safer, easier targets — single mothers, Muslims, travellers, gay people, feminists, etc. The only reason he finally got his comeuppance yesterday is that he just happened to indulge in the "wrong kind" of bigotry and it just happened to go viral.

Comments will be appear after moderator approval. Libellous comments will not be published